Production, Now You See it, Now You Don’t

The production capabilities Tesla says they now have are much MORE than actual production.

This is on slide 7. They claim 840,000 units of capacity…but actual production and sales are much less.

This means they are underutilizing manufacturing and they cannot say that they are supply-constrained. 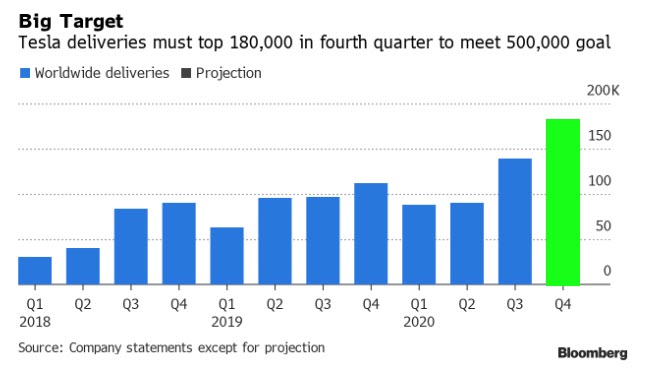 “Tesla says its goal of delivering 500,000 cars this year “has become more difficult”: it has to deliver a record 180,000 cars this quarter.” Zerohedge

Unlike the last few quarters, they did not sell out at the end of the quarter.  Warning, inventory grows.  And, satellite images from dealer parking lots around the country confirm this.

Regulatory credits were more than guided.  With their deteriorating share in Europe – where most of these come from, this source of profits should be reduced shortly.

Accounts receivable continue to grow sequentially….which makes zero sense in a business where customers pay before taking cars off the lot.

Outside of the Earnings News

Waymo now has a commercial robotaxi service in Arizona

GM Cruise is applying to have cars without pedals and steering wheels.

It was Tesla that was supposed to have 1 Million robotaxi’s by now.

They are way behind, the current nearly $400B valuation is HIGHLY unsustainable.