Half of China is stressed by drought – rice crops and lithium production are in danger – all threatened by the worst heatwave on record. Southern China records its longest continuous period of high temperatures since records began more than 60 years ago — above-average temperatures even touching the normally chilly Tibetan Plateau.

On planet Earth – China is now the third biggest producer of lithium behind Australia and Chile. The stakes are sky-high.   Per Bloomberg – China accounts for about 60% of the world’s production of refined lithium, so Sichuan’s power crunch is a wake-up call for the global lithium and battery-material industries.

Dear Elon, Who Pays for This?

The lithium-refining spread — the price of lithium carbonate (LCE) or hydroxide minus that of spodumene concentrate — may surge through end-August. Bloomberg Intelligence notes the volume loss in lithium carbonate/hydroxide due to Sichuan’s drought-induced power crunch could amount to 12% of China’s monthly output, that´s after factoring in electricity rationing until Aug. 25. This would further tighten the market, already in severe shortage. Downstream demand among iron-phosphate and nickel-cobalt-manganese cathode makers has also been hit by power cuts, but the impact is smaller than for lithium refining. Sichuan’s lithium-hydroxide and lithium-carbonate production capacities are about 40% and 15% of China’s total. This winter, brine-based producers in West China may have to halt output as lakes freeze, adding to upward pressure on prices.

The EV Dream is Still Alive? 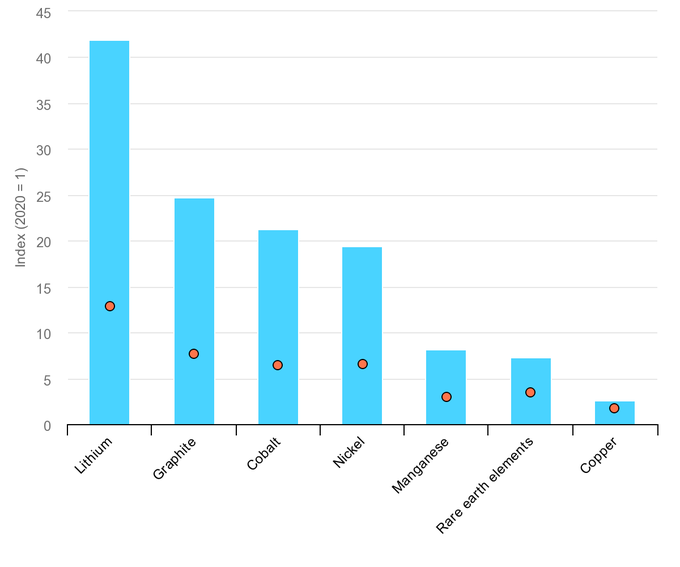 Where are We Now?