Dollar Yen has become a classic risk off and on indicator.  As the news broke moments ago, she turned “Risk-On” in a big way.

The FBI is sticking to its conclusion that Hillary Clinton’s handling of her e-mails as secretary of state wasn’t a crime, the bureau’s director James Comey said two days before voters decide whether she should become the country’s first woman president.

Weaker yen vs the dollar speaks to “risk-on” tomorrow across global markets.

The Mexican Peso is surging against the U.S. Dollar.  Strength in the peso have been a positive Hillary Clinton political risk indicator in recent months. 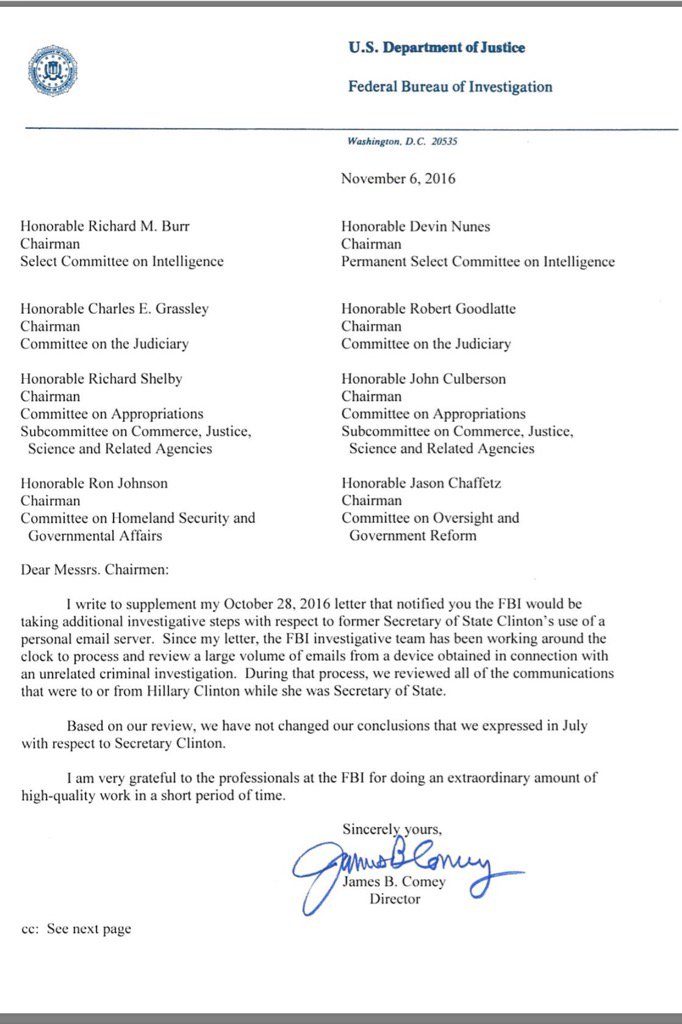