Dollar, Now through the Lows

Dollar Weakness on Road to a Crisis 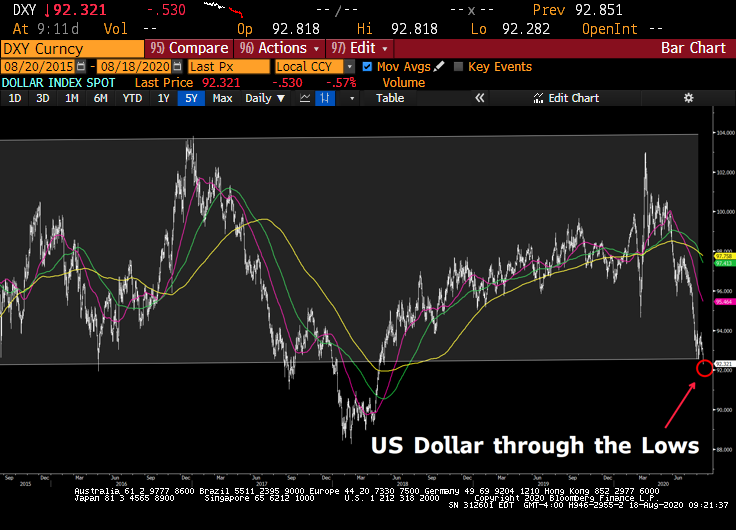 The US dollar has declined vs most major currencies, while gold, silver and other commodities have rallied. While last week’s 0.6% rise in core CPI could be an adjustment from the shutdown, the rise in commodities and decline in the dollar is something that could become more meaningful over time, although this process could take months or years.  One major difference with previous periods is the impact of China. Beginning with its 50% currency devaluation in 1994, China has been one of the major forces dampening US inflation – i.e. Greenspan’s conundrum. If production begins moving back to the US, inflation may begin assuming more historically normal patterns. We may even see the rebirth of the Phillips curve. With Arthur Bass, Wedbush.

Never Listen to the Mad Mob

The unintended consequences coming out of the multi-trillion dollar, fiscal – monetary policy cocktail are ripping around the planet. Coupled with pandemic side effects – shipping costs are telling us bond yields should be much higher. Copper prices are singing the same tune.

The mad mob ONLY wanted to talk copper demand in April and May, now everyone is waking up to the supply reality. London Metal Exchange’s global warehouse network is holding the least copper since 2008. See our bullish metals report here. 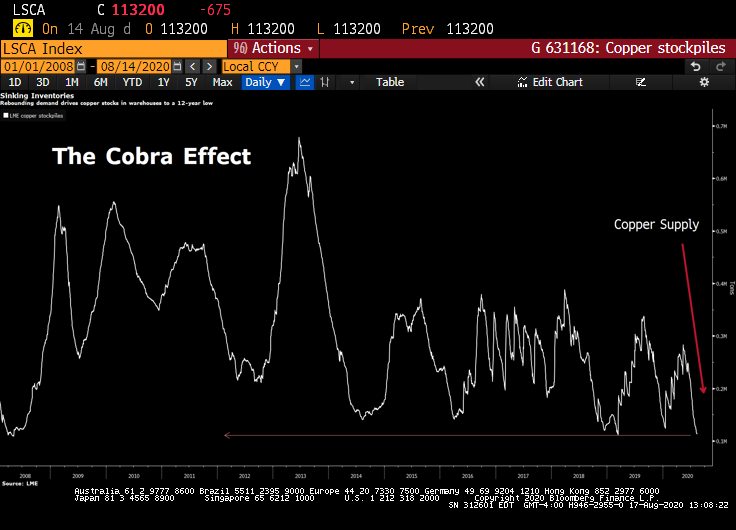 The London Metal Exchange’s global warehouse network is holding the least copper since 2008 in the latest sign of an economic recovery. The decline in inventories over the past few months coincides with record-breaking shipments of copper into China, where demand for the metal in the manufacturing sector has surged since lockdown restrictions were eased. Inventories tracked by the LME now stand at 110,000 tons, down 61% from this year’s peak, per Bloomberg.

The Largest Shipper on the Planet – Maersk

The last time MAERSK equity was near 9000, German bund yields were 20 to 60bps higher. As one of the world´s top exporters, German bond yields have maintained a strong correlation to shipping costs, until now. 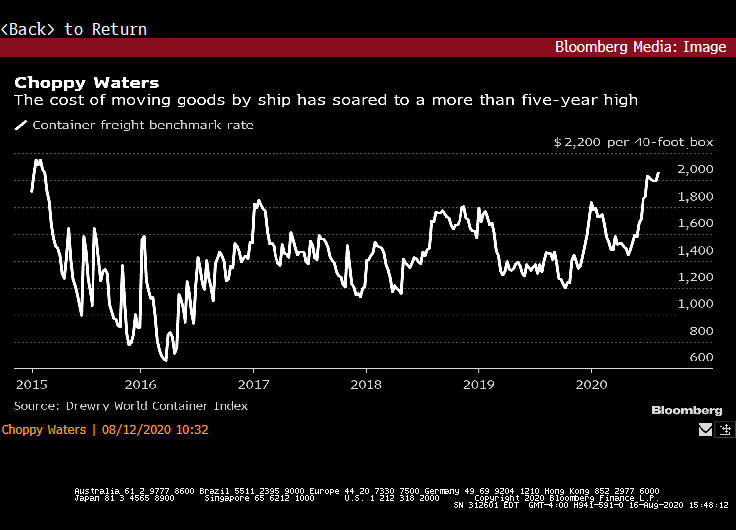 Capacity constraints have driven up rates for international shipments this year whether by sea, air or land, further complicating matters for supply-chain managers dealing with the effects of Covid-19 on their businesses. The cost of moving goods by ship has climbed 12% in 2020 to the highest since February 2015, according to the Drewry World Container Index. Ocean-liner rates have benefited from the industry being more disciplined with idle capacity, coupled with support from general rate increases and peak-season surcharges, per Bloomberg Intelligence. Must see our Cobra Effect post, over 1 million views.