On Friday, Telsa shares climbed very close to $2100 and a $400B market cap – right on the doorstep of passing Johnson & Johnson JNJ. This would put TSLA just behind Buffett’s Berkshire Hathaway at the #8 spot based on equity market capitalization. We’re looking at one colossal whale for the S&P inclusion team to swallow. An unprecedented amount of selling will be required to make room for this monstrosity.

Looking back at major index inclusions in the last decade, especially with a keen eye on the last 12 months of S&P announcements on constituent changes, we think it’s most likely that the S&P will include Tesla TSLA in the upcoming rebalance in the third week of September. If not, the December rebalance would be the next opportunity for S&P to include TSLA.  Most of the smaller S&P inclusions/exclusions coincide with a corporate event. This could be the completion of a takeover or bankruptcy that frees up space for another constituent. However, the larger constituent inclusions are done with a quarterly rebalance. For example, the Teledyne TDY inclusion in June was done with the June rebalance and the Live Nation LYV inclusion in December with the quarter-end rebalance which occurred that month. Note that one of the biggest additions of the last 10 years was Facebook FB, which was announced on December 11, 2013, for the inclusion on December 20, 2013, coinciding with the quarterly rebalance.

Is this a Scam or a Con game? It Smells to High Heaven 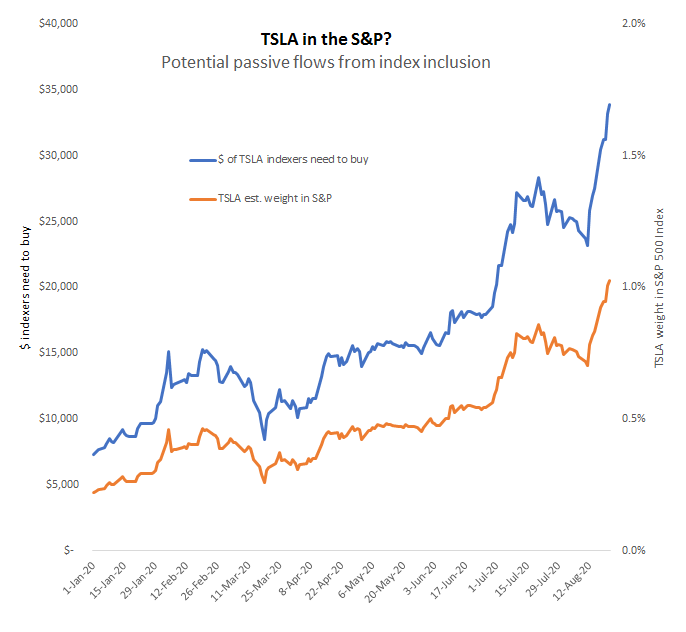 We believe it is likely that the Inclusion Committee at S&P waits until mid-September to announce the inclusion of Tesla in the S&P 500. This would coincide with the quarterly rebalance (Sep 21).

Buying pressure from S&P inclusion: There is approximately $3.9T of pure index capital following the S&P 500. These are mostly index funds, including ETFs and mutual funds that mimic the S&P. TSLA market cap is $400B but Musk owns 18.4% of the stock. The free-float market cap is therefore $326B. Musk’s net worth is getting up there, near $90B, nearly $11B more than Warren Buffett, not bad for the car and battery maker. Keep in mind, at his death in 1947, Henry Ford was worth close to $200B in today’s dollars.

We have over 450 buy-side institutional investors on our live Bloomberg Chat, with more than 50 contributors across nearly all asset classes. If you know a portfolio manager that we should add to our live chat, please let us know tatiana@thebeartrapsreport.com .

Why the Big Move this Week?

The recent runup in TSLA stock was more likely to be related to the 5-for-1 stock split. The split takes effect on August 31 for each shareholder of record on Aug. 21. Market participants were likely clamoring into the stock to be shareholders of record for the split.

The S&P index inclusion has been another source of fuel behind the recent squeeze higher in the TSLA stock. According to our estimates, S&P is likely to assign a 1% weight for TSLA in the S&P. That means passive investors, who track the S&P 500, would need to buy $33.8B of TSLA stock. But every $100 increase in TSLA stock, would force another $1.6B of index tracking capital into the stock. This provides all the elements of a potential squeeze, whereby astute speculators front-run the index inclusion announcement, after which passive capital must buy the stock in a relatively short period of time before the rebalance.

Selling Stock In the Hole

For decades, the convertible bond market has been known on Wall St. as the “last saloon.” You know, the one bar opened until 3 or 4am, where patrons desperate for a late-night cocktail can find refuge. Our research shows, frequent visitors to this arena – where borrowing terms are certainly NOT as friendly as others – have gone on to file bankruptcy a very high percentage of the time.

*Went bankrupt. File under ominous. Tesla is one of the very few, VERY few companies that have come “hat in hand” – in desperate need of capital, multiple times to the convertible bond market, and NOT file bankruptcy.
**conservatorship

“Tesla should fill all orders with an offering that is announced on the inclusion day. It’s been done before. $15BN equity offering MOC pricing should do it. Every bank; $GS, $C, $JPM, and the buyers themselves are way way ahead of you. They are already talking.”

In prescient from, back in 1999, Warren Buffett observed that the growth of indexation would eventually run into sustainability problems in need of solutions.  Buffett made the point if a very large company were to be added to the S&P 500 it could be extremely disruptive. “If you shorted the companies after inclusion into the index you would be surprised at the (good) returns.” After the market distortions, unnatural demand for shares created by the addition to the index is very disruptive. Buffett came up with two solutions. Option #1, Tesla could offer a large number of shares for sale in a secondary offering which would offset the $34B of index demand. Look out below, $TSLA stock would lose 40-50% in our view in this scenario. Option #2, S&P scales the entry in, say 10bps a month or quarter. To us, this is the MOST likely solution. The index funds don’t swallow Tesla in one bite but a dozen nibbles over 12-24 months. 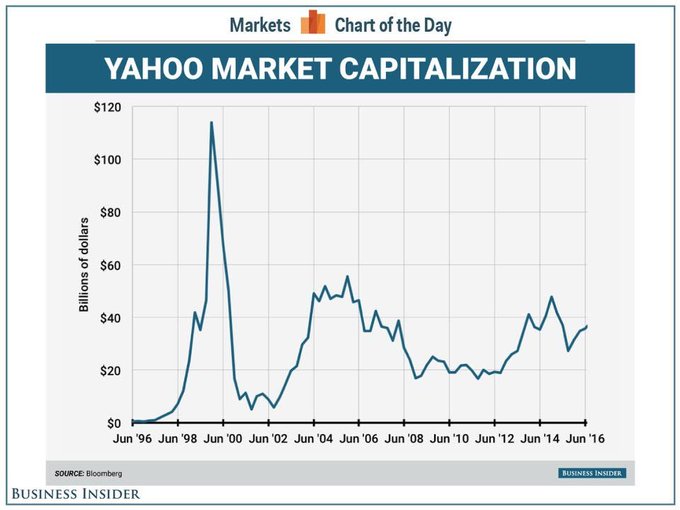 We have over 450 buy-side institutional investors on our live Bloomberg Chat, with more than 50 contributors across nearly all asset classes. If you know a portfolio manager that we should add to our live chat, please let us know tatiana@thebeartrapsreport.com .