Wall St’s oldest secret, the merger of two of the world’s most over-levered financial institutions came out of the closet today. Deutsche Bank and Commerzbank faced concerns from workers unions, Chancellor Angela Merkel’s office and top shareholders on Monday after confirming merger talks. How much capital would the German taxpayers have to put up is the question on everyone’s mind?

The concerns underline the obstacles to combining the banks, which confirmed talks about a tie-up on Sunday following months of pressure from Berlin, which has pushed for a deal amid concerns about the health of Deutsche Bank, which has struggled to sustain profits since the 2008 financial crisis.

*Enterprise value of the combined entity is equal to 7.1% of the country’s GDP. This deal has been lingering around for months, for one reason, who’s going to come up with the $30B? With levered banks, you MUST look at “enterprise value” (Debt + Equity), NOT the meaningless stock price or equity market capitalization. See the data above.

The deal has yet to go through due to the political pushback given the lack of equity relative to the massive amount of debt in the combined entity.  In our view, the merger needs to get to at least $50B in equity for regulators to accept it. This would mean a near $30B capital injection from the German Government. Keep in mind Germany is the one holding fellow EU members’ feet to the fire on fiscal spending, putting them in a further precarious position.

Leverage vs. US Banks 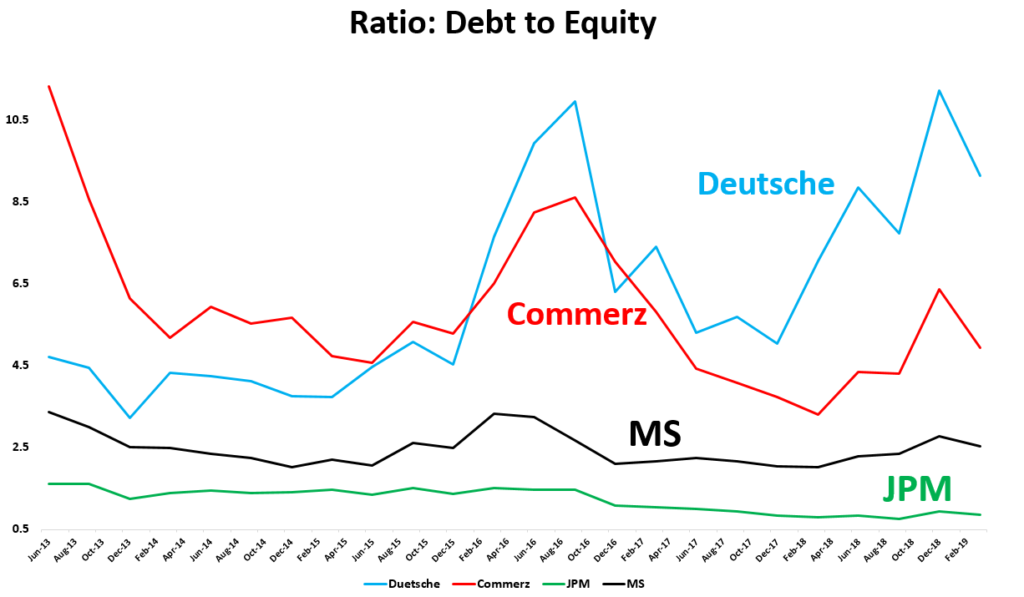 The German government will probably (must) inject some state capital into the merged bank and retain an equity stake, but it would have to be substantial. We would assume the merged entity needs to at least double its equity capital.

Another obstacle for the acceptance of a deal is the jobs it would need to destroy. The merger takes out 20-30k here, unfortunately. After a decade of downsizing, financials are still downsizing. 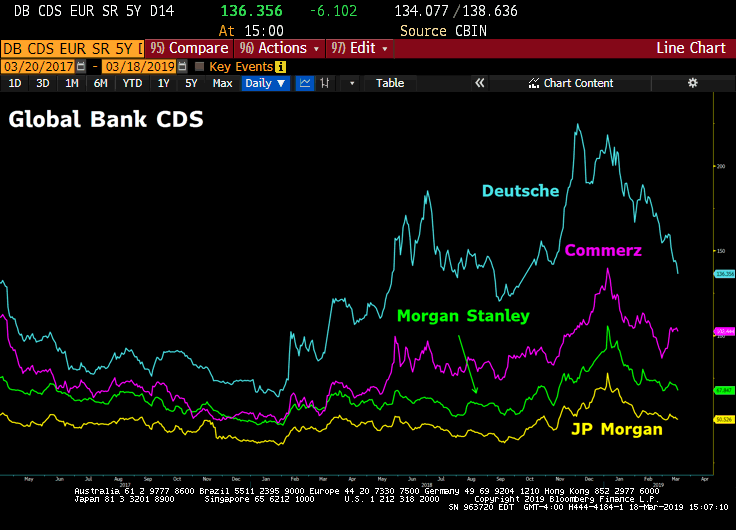 Credit risk in Europe has tightened substantially since the beginning of the year. However, the CDS in Deutsche and Commerzbank remains well above the banks in the US. Pick up our latest report here.