In a last minute move today, Donald Trump inserted a call to reinstate Glass-Steagall into the Republican platform, as our partner ACG Analytics predicted in February. A rallying cry of the Bernie Sanders campaign, the proposal had only previously had marginal support among a few Republicans and had been rejected by House Chairman Hensarling who recently rolled out his own financial reform proposal. Trump’s embrace of this policy — attacking large banks and tacking to the left to defeat Clinton — is a shrewd political move. As ACGA wrote in our February note: “The Next Trump Victim: Banks?“
From the prologue of the New York Times bestseller, “A Colossal Failure of Common Sense” 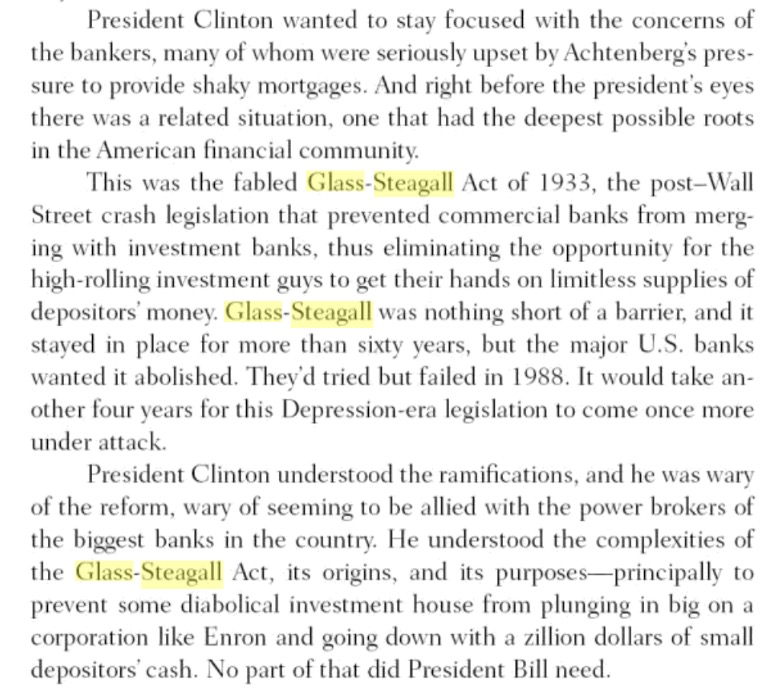 By allowing commercial banks like Citigroup and JP Morgan to merge with investment banks, over $8T of customer deposits became directly exposed to another $78T+ derivatives and other 21st century financial products (CDOs, CLOs, SIVs, CMBS and more).  Smaller investment banks without deposits were forced to lever up just to compete.  From 2000 to 2008, Lehman’s leverage soared from 8-1 to 44-1.
“Attacking his opponent as a tool of Wall Street who supports big banks over ordinary Americans is a logical path for Trump to take.”
Calls to reinstate Glass-Steagall are now in both political parties’ platforms, as Bernie Sanders supporters succeeded in placing it in the Democratic platform over Hillary Clinton’s objections. Yet actually reinstating Glass-Steagall is politically unlikely and pragmatically impractical. However, it foreshadows a path that Trump will take in the campaign which is likely to include repeated headline risk to large financial institutions.
The signature that was the genesis for the great financial crisis: 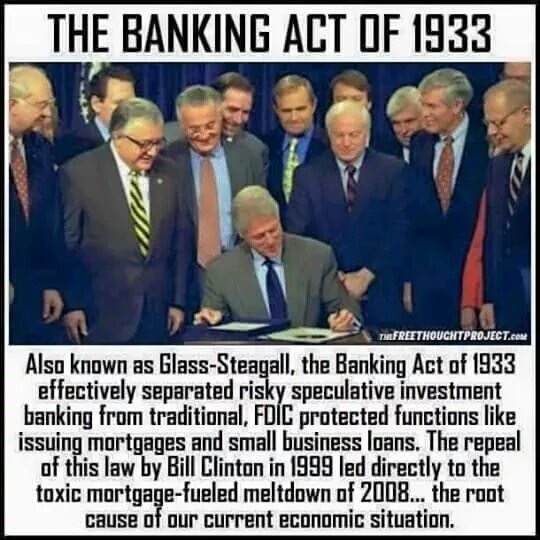 The Republican National Convention offers a plethora of prime-time speaking opportunities where anything can happen. Next week’s Democratic National Convention will feature a prime-time speech by Sen. Elizabeth Warren (D-MA) who has embraced reinstating Glass-Steagall and loves to attack Wall Street. Substantively, Minneapolis Federal Reserve Bank President Neel Kashkari continues to work on his own plan to end “too big to fail,” which may well include breaking up the big banks. Kashkari’s plan is expected to be released publicly in December, just in time for the next President, whether Trump or Clinton, and all of their nominees to be asked whether they support it.