One of the most reliable risk indicators in our 21 Lehman Systemic Index is the rate of change found in credit spread contagion.

If a fire is spreading quickly, it’s far more deadly.  As we often share with clients, rule number one – credit leads equities.  Since the financial crisis, nearly every significant drawdown in the stock market has witnessed meaningful (accelerated) credit deterioration in the weeks before.  Our model measures this rate of change and quantifies its significance.

When compared to U.S. Treasuries – junk bond yield spreads have widened nearly 70 basis points since late February, reversing a long run of positive “risk on” spread compression.  Looking back over the last seven years, the S&P 500 declined anywhere from 3.8% to 20.3% in the 11 plus examples of this contagion.

Looking back over the last 10 years, U.S. high yield finished Q1 in its 94 percentile in terms of expensiveness, now that’s rich.

Even worse, the junk of the junk smells like six day old fish but this month has a market embrace resembling a young bride holding on to fresh flowers.

If we Look at the CCC Rated Bond Universe

CCC is a very speculative grade assigned to a debt obligation by a rating agency. Such a rating indicates default or considerable doubt that interest will be paid or principal repaid.

Covenant standards in energy lending are at all time lows.  The Bear Traps Report Team reviewed 15 oil and gas producers that have used 72%+ of their borrowing-base credit lines during spring redeterminations by lenders.

High yield has underperformed investment grade bonds by 25bps over the last 30 days.

It’s nothing short of crack smoking insanity.  This month over 88% of high yield bonds were trading north of 95 cents on the dollar. Bloomberg / Bear Traps Report data.

U.S. corporate high-yield funds posted $248.5m of outflows for the week ended March 29 after seeing an inflow of $736m last week, according to Lipper US Fund Flows data released this week.

Corporate investment grade funds saw inflows fall to $3.97b from $5.24b the week prior.

Investments in fixed-income exchange-traded funds declined 80 percent in the past week. Inflows to ETFs that invest in corporate bonds slowed and high-yield funds saw outflows.

Inflows to U.S.-listed bond ETFs totaled $1.14 billion in the week ended March 28, compared with $5.75 billion in the previous period, according to data compiled by Bloomberg.

Our Larry McDonald ran a $600m high yield and distressed credit business at Lehman Brothers, and is the NY Times bestselling author of a Colossal Failure of Common Sense. 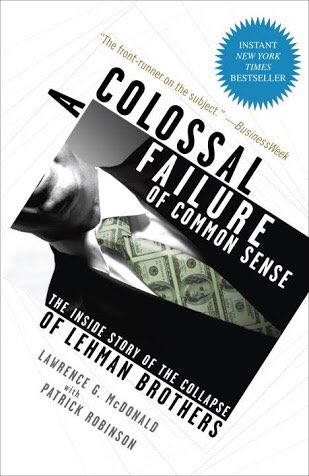 We’re already through the first quarter of 2017, can you believe it?  More importantly, how high in the bar for earnings seasons?

Tax reform legislation climbs a far different mountain than the health bill. In December, we recommended clients overweight U.S. Treasuries, Utilities and Consumer Staples with a focus on “the high probability of political fumbles in Washington.”

Wall St. is Heavily Bought in to Tax Reform’s Success

We noted in December in our Bear Traps Reports, the difficulty congressional Republicans have had in reaching consensus on the health legislation can very easily lead to a pullback from their lofty ambitions on tax reform. Bottom line: the more extreme reform ingredients of the House Republican plan on tax reform are more at risk today.   Hot topics like the border adjustment and interest expense provisions that make up the destination based cash flow tax (DBCFT), will have far more uphill battle passing in an environment where near-unanimous support in the Senate will be necessary.

Expectations from Wall St., Numbers You Need to Know

*This is on top of the Street’s assumed 14% earnings growth based on economic, stock buy back and dividend payout forecasts.

As you can see, there’s 200-250 S&P handles tied to tax reform’s MEANINGFUL success.  Without the “expected” earning growth from tax reform, the current 18 PE on the S&P is far higher, well above 20 in our view.

We went through 12 different research reports from Wall St’s analysts, these are their best and worst case fiscal policy scenarios.

**Assumes no fiscal policy action (tax reform, repatriation, infrastructure) and a reversion to the mean in near record high CEO, small business and consumer confidence.

On the positive side, you can see why markets are so pumped up on Trump.  Sales growth found while looking at S&P 500 companies only grew at 1.9% during the mature years of the Obama economic recovery.  This data is well below normal levels and speaks to substantial upside if “animal spirits” are fully embraced in the years to come.