*Euro 1-Month Volatility Drops Most on Record After French Vote

Marine Le Pen and centrist Emmanuel Macron will make the second round of the French elections, a positive for euro and French government bonds.  So far, populism’s rage has taken a rest in France, but it is much too uncertain to lay claim to final round winner.

EUR/USD’s one month implied volatility plunged nearly 3.7 vol points to 9.4 vol, the steepest slide on a closing basis, going back to 1998.

This Cover Says It All 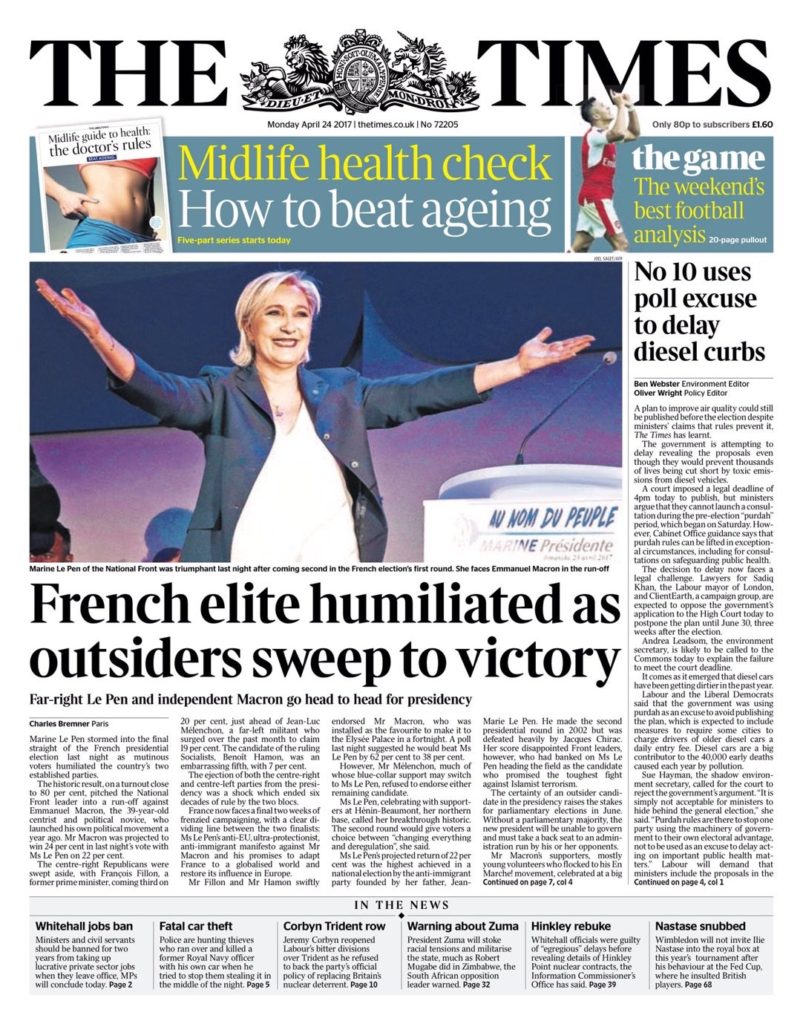 “For the week ahead, this is a nearly perfect risk on scenario for markets, there were concerns Le Pen would cross 27-28%.  This territory has been viewed strong enough to foreshadow a second round victory for the far right, euro skeptic party.  Short term, the uncertainty of a Le Pen – Melenchon (the extreme scenario) final has been put to bed, this will provide markets relief over the next several trading days.  Make NO MISTAKE, this is still a shock to the political establishment in Europe, the National Front Party is in the French final, something that was UNTHINKABLE just a year ago.  The people of France are NOT happy.” 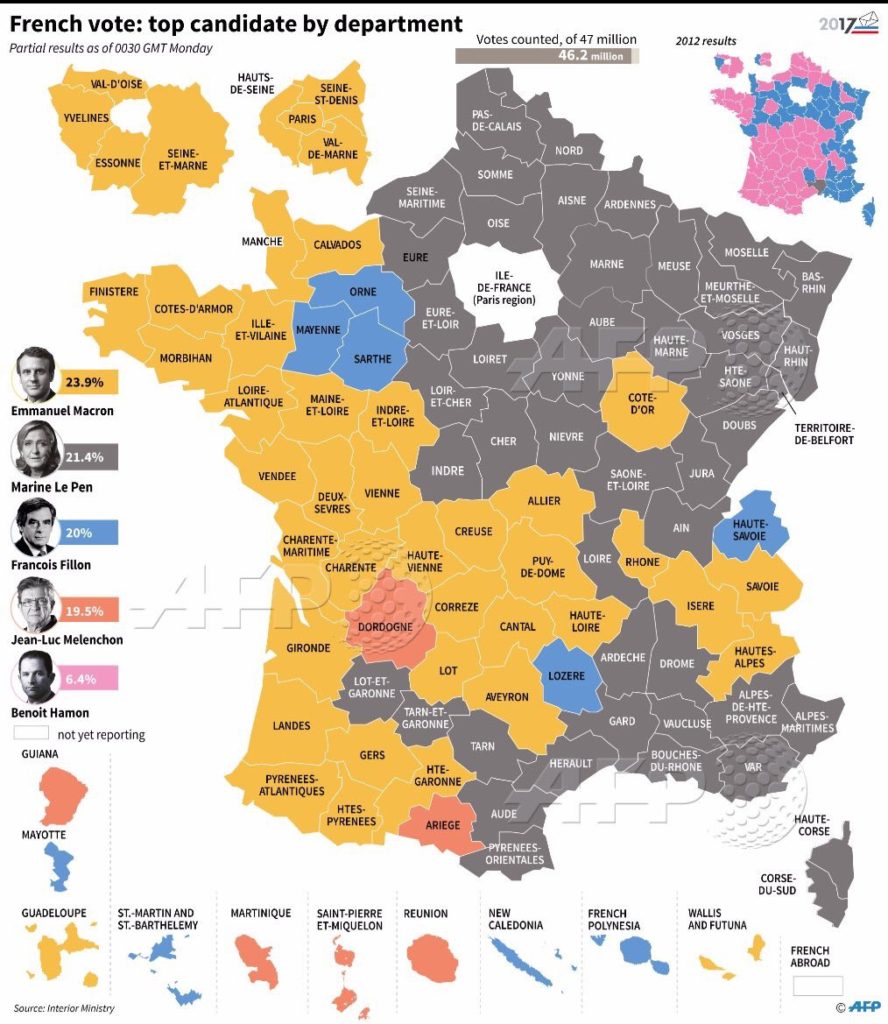 National Front leader Le Pen was on course to take 24.3 percent in Sunday’s election, with Macron, a first-time candidate and political independent, on 22.2 percent, according to projections from the Interior Ministry based on more than a third of votes counted, Bloomberg reported.

Across the board, risk on assets are moving higher, risk off assets lower.

Lets not kid ourselves, when you combine failing fiscal policies with central banking steroids ($14T of asset purchases since 2008), you get an inequality explosion that results in populism.

The euro surged against the dollar after the initial count of ballots in the first round of the French election showed that entrist Emmanuel Macron and the National Front’s Marine Le Pen were on a path to reach next month’s run-off.  Euro moved to highest since November; trimmed gains as hedge funds fade the rally, now 1.8% higher to $1.0919.

None of the candidates won an absolute majority, the two leading candidates will head for a run-off vote on May 7.

Similar to Clinton – Trump in October 2016, nearly every poll has Macron beating Le Pen 60% to 40% in the final round.  Not so fast, this is Le Pen’s best showing of her long political career.   A far right candidate should not be doing this well in France, Le Pen’s strength speaks to an electorate shifting right in France.

Bond Sell Off Picks Up Steam

The Trump trade has some life left.  We recommended clients short bonds last week in our Bear Traps Report, pick up our latest – click on the link below.

Socialist Benoit Hamon conceded defeat as soon as the projected figures came through. He told his remaining supporters to rally behind Macron, in order to defeat Le Pen.

Republican Francois Fillon also called on his supporters to back Macron in the run-off vote.